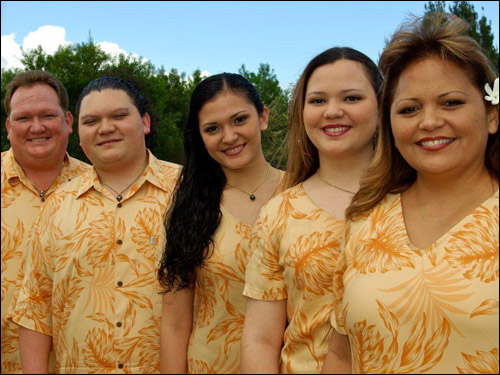 Kapena, considered to be one of Hawaii’s premier island bands has 20 Hawaiian Music CDs to their credit. Although the band has been through some changes, its founding member, Kelly Boy De Lima is still the band leader. Kapena continues to be an institution that embraces what islanders fell in love with when they first heard their unique sound of their “feel good music”.

In 1998, Kelly introduced his fans to the next musical generation, his three children. Kapena, Kalena, and Lilo who sing, dance, and play multiple instruments. They have played on the Kapena stage in Hawaii and have toured with the band to the Mainland, Japan, and Pacific Islands.

Kapena / De Lima Ohana will play an hour set from 4pm-5pm on the Main Stage. Click here for a complete schedule.